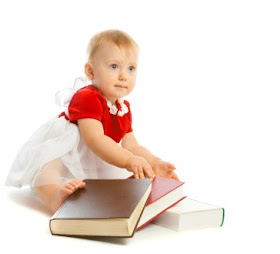 It is often assumed that children who are exposed to two languages from birth will acquire language at a slower rate compared to children who only hear one language. But is there any evidence to confirm that this is actually the case?

Annick de Houwer, Marc Bornstein and Diane Putnick have investigated this topic and have compared the comprehension and production vocabularies of bilingual and monolingual children in their second year of life. They collected data for 31 middle-class bilingual children with Dutch and French input from birth and 30 children from similar backgrounds with only Dutch input from birth. In the bilingual families, all but one family reported that they used the “one person, one language” principle of speaking to the child and that this language pattern started from birth. In 14 of the bilingual families, the mothers spoke Dutch and the fathers spoke French to the child and in 16 families, the mothers spoke French and the fathers spoke Dutch to the child; in all cases both parents knew Dutch and French. Children in the monolingual group heard just Dutch, spoken to them by their parents and other caregivers from birth.  The children were studied at ages 13 months and again at 20 months using research methods that allowed the researchers to examine the children’s vocabulary sizes for both word comprehension and word production.

As one might expect, the number of words actually produced at age 13 months was low for both the monolingual and bilingual children but nevertheless the number was similar for each group, regardless of whether the words were Dutch only or whether they were French and Dutch combined. The researchers also point out that there was a lot of variation between the individual children in the number of words that each child could produce. When the researchers compared the children at 20 months, they again found that, on average, the bilinguals produced similar numbers of words as the monolinguals, although again there was a great of interindividual variation.

This summary was written by Sue Fox
Sue at 12:42
Share