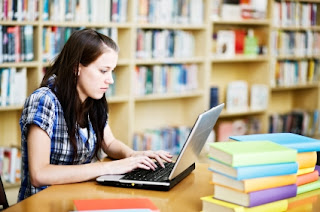 E-mail exchanges can affect educational interactions
Does the title of this article reflect an appropriate way for a student to request help from a professor? E-mails are a common form of student-professor communication but, sharing aspects of written and spoken language as they do, they are also by nature rather informal and arguably allow more personal communication than face-to-face interactions. This informality may not be suitable for all exchanges. Some studies have even suggested that instructors are less willing to help with requests when they are conveyed in overly casual e-mails. A student’s ability to modify his/her e-mail style would therefore seem to carry educational advantages.
Researchers Knupsky and Nagy-Bell have conducted experiments in order to compare the personalization and politeness of e-mails written to peers versus professors. They invited undergraduate females aged 18-22 from introductory psychology classes to construct an e-mail requesting help from either a) a male peer from the same class (16) b) a female peer from the same class (16) c) a male professor (17) or d) a female professor (17), making a total of 66 e-mails examined. The participants were given a scenario in which they were told to ask for help on a topic which was likely to come up in an exam in two days time. The same name was used for the male/female professor (Professor Hillman) and for the male/female peer (Jamie) to reduce the influence of name preference. The relationship between the sender and recipient was described as friendly but not intimate.
The e-mails were then examined by two trained judges for number of words used, number of personal pronouns, number of exclamation marks and number of negative/positive adjuncts used. They were also judged for grammaticality and overall personalization using Likert scales, with scores of 0 indicating not at all grammatical/personal and scores of 6 indicating very grammatical/personal. For grammar, features such as punctuation, capitalization and spelling were considered and for personalization ratings, such things as formality and word choice were considered. The judges also examined the presence/absence of greetings and closings, the formality of the greeting (when it occurred) and also calculated scores for writing complexity.
The results showed that the only significant effect of recipient sex was that the participants were more likely to use greetings when writing to male peers. Overall, though, there was a trend for e-mails to be more personal and more polite when the recipient was female. The effect of status of the recipient was significant; participants were more likely to write more personalized and more polite e-mails to their peers than to their professors. While this might be a surprising result, Knupsky and Nagy-Bell suggest that it may reflect the fact that students know that there is a faculty obligation for professors to help them with their requests. On the other hand, there is no such obligation on the part of their class peers and the e-mails may therefore require broader politeness markers in order to justify the request. It may also be that the students acknowledged time impingements for professors and therefore kept their e-mails more concise. The participants did however use more formal greetings when addressing the professors and significantly greater written complexity, suggesting that they adjusted their language upwards in this context.
A limitation of the study is that it was conducted using experimental techniques with fictitious recipients; knowing the characteristics of the recipient may well have an effect on e-mail style. The authors also acknowledge that the e-mails were limited to requests and the results may therefore not apply to other forms of communication. Nevertheless, it provides a step towards an understanding of how e-mail exchanges can affect educational interactions.
________________________________________________
Knuptsky, A. and Nagy-Bell, N. (2011). Dear Professor: The influence of recipient sex and status on personalization and politeness in E-mail. Journal of Language and Social Psychology 30(1): 103-113.
doi: 10.1177/0261927X10387104

Email ThisBlogThis!Share to TwitterShare to FacebookShare to Pinterest
Labels: Communication, Language and power, Language and technology, Language in Social Context