'AND' can signal that it's our turn to speak 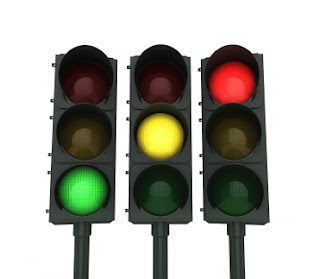 In sentences, words like and and but link ideas and clauses together. However, in conversation, they may be used in other ways.  For example, compare the two uses of but in the speech of A below:

In the first example, the but is being used to join the two parts we went to the zoo and we didn’t get to see hippos.  It occurs in the middle of the utterance, with no break in production, and so does not signal to B that they can start talking.  In (2), the but in A’s utterance is produced after a completed thought, ‘I know it’s me being sensitive’.  However, in this case, speaker B begins speaking and takes their turn in the conversation.  So, what is the difference between these two but’s?  How does speaker B know that they can start talking in example (2), but not in example (1)?

These are some of the questions that Gareth Walker wanted to investigate when looking at what he calls, transitional ‘Trail-off’ conjunctions.  These are conjunctions (such as and and but) which are used after a completed thought and signal to others in the conversation that the speaker has finished, thus allowing the transition from one speaker to another.

After analysing 5 face-to-face interactions between US English speakers, he identified 28 of these transitional trail-off conjunctions. In analysing them, he found that they had certain phonetic and visual characteristics in common.  For example, the conjunctions tended to be produced at a lower loudness level than what preceded them, together with a wide fall in pitch.  Walker notes that these are both characteristics which are common in turn-final speech, indicating the end of a speaker’s turn.  Therefore, it is not wholly surprising that the conjunctions share these attributes.  In comparison, conjunctions which are produced as part of the on-going utterance (such as in (1)) are spoken with less of a pitch drop and are still quite loud in relation to the surrounding speech.

Walker also analysed the phonetic features alongside visual data, obtained during camera recordings of the interactions. He notes that although the phonetic shape of the conjunctions is the most important factor in determining its function, visual factors are also relevant.  The two most striking correlations with transitional trail-off conjunctions were the direction of gaze and hand movement.  He notes that, in 9 out of the 28 examples, the speaker sweeps their gaze across the other participants, as if surveying for the next speaker in the conversation.  With respect to gestures, he notes that with transitional trail-off conjunctions, any gestures made with the hands are completed at the time when the conjunction is uttered (indicating that the design of the gesture is constructed to fit the total utterance).  In contrast, those conjunctions which do not signal the end of a turn are accompanied by gestures which continue after the conjunction has been uttered (another indication to the audience that the speaker isn’t finished yet).

This summary was written by Jenny Amos
Posted by Sue at 22:33