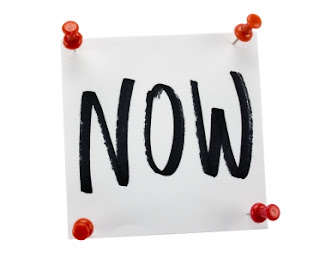 What does now mean? Often its meaning is ‘at this moment’, (as in we’re going now) but it can also be a discourse-pragmatic marker – words like okay, right, like, well, mm, oh, I mean, you know that do not add to the content of an utterance but instead perform very important functions in interaction in spoken language (click on Discourse Markers in the left-hand category bar for some summaries of recent research on discourse-pragmatic particles). Researcher Deborah Schiffrin suggests that now is often used at the start of an utterance to focus attention on the speaker and the upcoming talk, as in ‘Now, let’s begin’ or it can often be used to evaluate one’s own or someone else’s talk, such as ‘Now that’s a good idea.’

Another function, however, has been highlighted by researcher Hansun Zhang Waring whose study shows that now-prefaced utterances (NPU) can be used to mark disaffiliation in social interaction and that they can either be directed towards one’s self or towards others. Waring collected over 100 NPUs from a variety of audio or video-recorded sources in American English, which included ordinary conversations as well as institutional talk such as second language classroom interactions. She excluded the type of NPU that usually marks a boundary or a switch from one activity to another (All right uhm let’s see, now we’re going to do something fun) as she states that the function of this type is relatively obvious and was not the focus of the study. As well as transcribing the data, Waring also used software to analyse the pitch contours at which now occurred.

By self-directed NPUs, Waring refers to those cases which communicate disaffiliation through revising, retracting or rejecting one’s own prior talk when engaging in such activities as giving opinions, correcting errors and seeking compliance. She provides the following example:

Libby: but I think our tendency to- to- when it comes to our phonetic language reading my 13 year old who’s reading The Jungle. He said oh the introduction is so difficult there’re all these little names and I said to hm w- you don’t have to pronounce them. Just look at them as a unit and move on. Now – but the tendency is that we’re trained to read phonetically, and then he was being dragged down by distractors he felt he should attack them sometime.

In this example, the speaker is talking about her son’s difficulty of reading foreign names and Waring suggests that the NPU in this case is used to reject the speaker’s earlier solution to ‘just look at them as a unit and move on’, perhaps realizing that this explanation may be too simplistic.

Other-directed NPUs are perhaps more common and are used to disaffiliate by correcting, rejecting or disagreeing with another’s talk. Waring provides the following example:

This example occurs at the dinner table during a family dispute in which Virginia accuses her mother of favoring her sister. The NPUs occur emphatically and immediately and serve to dis-align with Virginia’s accusation.

This summary was written by Sue Fox
Posted by Sue at 00:16