The complexity of conversations 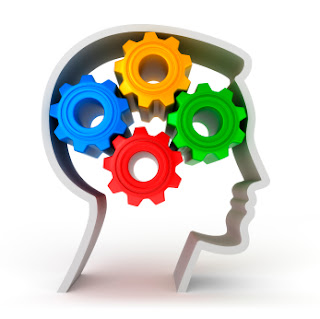 We may not realise it but conversations are governed by rules

Even though we may not realise it, everyday informal conversations are highly coordinated events which are managed by the participants on a turn-by-turn basis. Our role in conversations constantly alternates as we either take up the task of acting as the current speaker or the current hearer. Conversations can be analysed in terms of turn-constructional-units (TCUs) and transition relevance places (TRPs). A TCU is meant to describe a piece of conversation that may comprise an entire turn and a TRP is a point in the conversation where the talk could legitimately pass from one speaker to another. In reality, a hearer doesn’t always take up the opportunity to speak at every TRP and so the same speaker will often continue their turn with a new TCU. This means that one person’s whole turn in a conversation may comprise of multi-TCUs before they complete their turn and another participant takes up the speaking role.

Emanuel Schegloff, a pioneer in the field of Conversation Analysis, has been looking at multi-TCU turns and/or multi-turn sequences in which ‘answering’ is being done. Typically, these may be sequences in which a question is posed by one participant and which is then ‘answered’ by another participant. In the process of answering, several TRPs may occur but if the hearer doesn’t recognize them as such or chooses not to take up the talking role, then the same speaker will often continue speaking. So how can speakers end these sequences and convey to the hearer that they have nothing further to say on the matter? Schegloff argues that one practice for showing that a particular TCU of a multi-unit turn is meant to be its last is to repeat an element from the start of the turn and/or the sequence. He provides several data extracts which support his argument.

In the following example, ‘Joey’, who lives with his father ‘Tony’, has driven to visit his mother ‘Marsha’ (who lives in another part of the state of California) for the weekend. Tony has rung Marsha to find out when Joey will be returning home.

Marsha then ‘answers’ Tony’s indirect question by explaining that Joey is travelling home by plane because his car had been broken into and he couldn’t drive it home. At several points in the telling there are possible TRPs but Tony does not take them up; he either remains silent or uses a response such as ‘uh huh’ which acts as a signal that he expects Marsha to continue talking. Finally, Marsha shows that she is ending her turn by saying:

Marsha:   En I left him there (at the airport) et abou:t noo:n

This summary was written by Sue Fox
Posted by Sue at 17:40