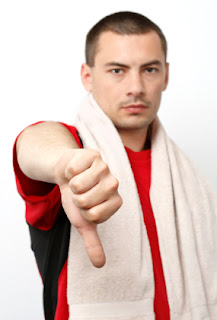 Good shot!
The lyrics of Alanis Morissette’s  1996 song ‘Ironic’ (http://www.youtube.com/watch?v=8v9yUVgrmPY)  highlight many situations that may be described as showing irony.  However, what does the term actually mean? What is the difference between linguistic and non-linguistic irony? And can we claim that all types of irony are deliberately constructed and performed?
These are the types of questions investigated by Raymond Gibbs Jr. (2012).  He says that irony involves many different uses of language, such as sarcasm (e.g. calling someone ‘ a great friend’ after they go back on a promise) and rhetorical questions (e.g. saying ‘isn’t it lovely weather?’ during a thunderstorm).  These uses help convey different emotions from the speaker and prompt various emotional responses from the listener.
These are examples of linguistic irony (that is, irony which is conveyed through language).  However, we can also find examples of non-linguistic irony.  For example, imagine you’re watching a rugby game and the referee keeps giving penalties against your team (X) for forward passes, while the opposition (Y) seems to be getting away with them.  Now imagine the referee finally gives a penalty against the opposition and the fans of X begin to clap the referee for doing a good job.  This can be described as a non-linguistic ironic act.
Other types of non-linguistic irony can be through the description of certain events or situations, such as a financial adviser going bankrupt or how the Austin Powers movies are an ironic commentary on the old James Bond movies. The first of these examples can be used for humorous purposes (e.g. the punch line of a joke) or may occur in real life as an accidental ironic situation.  In contrast, the Austin Powers example shows a more deliberate construction of an ironic event.
So, how deliberate are these acts?  Gibbs notes that many scholars maintain that all ironic acts are consciously and deliberately performed.  He observes that this could be considered the case for pre-planned ironies (such as the Austin Powers movies, which are deliberate on the part of the writers), but the ‘irony’ of an event or act can only be interpreted as such if the listener/ watcher etc. understands the ironic meaning.  However, other types of irony, such as accidental irony, cannot be considered as pre-planned and so the interpretation of irony can only come about after the event has taken place.
So what about the linguistic and non-linguistic acts mentioned above?  Gibbs assesses a range of linguistic, psycholinguistic and psychological evidence relating to awareness of pragmatic meaning and concludes that general intentional desires in communication are not necessarily the same as conscious deliberate thought.  In addition to this, he notes that “our conscious thoughts may only provide after-the-fact, and often inaccurate, narratives for what we do” (p. 114).  Therefore, Gibbs suggests that whenever we speak we have a number of goals in mind (e.g. to convey a particular emotion) and that these goals will constrain the words we use and the bodily acts we display (which, when taken as a whole, can later be interpreted as ironic or not).  As a result, we need to reassess the view that all ironic acts are pre-planned and the result of deliberate and conscious thought.
-------------------------------------------------------------
Gibbs Jr., Raymond, W. (2012) Are Ironic Acts Deliberate? Journal of Pragmatics 44: 104-115
doi:10.1016/j.pragma.2011.11.001
This summary was written by Jenny Amos
Posted by Sue at 22:14