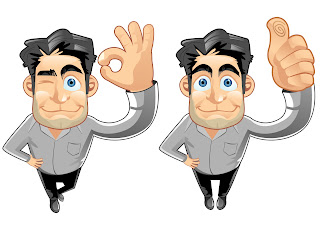 When you hear someone say Okay, what do you think they mean?  Acceptance? Agreement? Reassurance? Or maybe that they’ve had enough of that topic and want to move onto another?  In fact, Okay can represent a multitude of different meanings throughout our discourse and can often mean more than one thing in each case.
For this reason, Philip Gaines notes that, in order to analyse Okay, we need to take into account as much contextual information as possible.  In addition, we also need to consider the intonation pattern.  For example, Okay with a rising intonation could signal a question and/ or uncertainty, while Okay with flat intonation could indicate acceptance or finality. Okay with falling intonation might indicate disappointment and/ or resignation.
Considering both these points of analysis (context and intonation), Gaines looked at the use of Okay in a police interview – a situation which hasn’t previously been investigated.  He notes that in police interviews the interviewing officer is usually at a disadvantage as he or she is trying to get information from the person being interviewed.  However, in this case, the policeman had been working undercover when the arrest was made and so he had been a direct witness to the accused’s illegal actions.  As a result, the initial stages of the interview reflect how the officer is trying to put the accused at his ease using language (such as rising intonation Okay) which reflects solidarity, in the hope that reducing power differences between the two will make the extraction of a confession or confirmation of events easier.  An example of this use is:
Officer:   Alright. I know I can bring you to jail but that’s not my goal here okay?
(adapted from Gaines 2011:3297)
However, all does not go well in the interview and the accused challenges the officer’s version of events and protests his innocence.  At this point, the officer switches to a more functional and confrontational type of language. For example,
Accused:  You solicited me
Officer:  Okay.  We’re getting –
(adapted from Gaines 2011:3301)
He uses flat tone Okay which signals the beginning of the ‘interrogation’ phase of the interview. It  challenges what the accused said and lets the officer take control of the discourse again.  A turn initial Okay like this is what Gaines refers to as turn initial challenging okay.
Other types of Okay which relate to a challenge or confrontation, he observes, can be used as a tag question, such as:
Officer:  So what I’m tellin’ ya is that I don’t wanna be lied to okay?
(adapted from Gaines 2011:3306)
Here, the person with the power in the interview is not looking for friendly agreement.  Instead, he is driving home the previous statement to make sure that it is accepted.
Due to the range and scope of Okay use, Gaines proposes that, rather than trying to pinpoint a ‘meaning’ of Okay, we might do better to determine its core function.  He notes that the general functions of Okay stem from positive uses (such as acknowledgement and acceptance) and this can even be extended to the confrontational uses, as they may have underlying motivations of non-confrontationality. Therefore, Okay’s core function could be one of ‘positivity’. However, a wider range of interactive contexts needs to be examined to see whether, for example, Okay in tags is typically used in confrontational situations. This would provide a more complete view of Okay in action.
_________________________________________________
Gaines, Philip (2011) The Multifunctionality of Discourse Operator Okay: Evidence from a police interview; Journal of Pragmatics 43: 3291-3315
doi: . http://dx.doi.org/10.1016/j.pragma.2011.06.005
This summary was written by Jenny Amos
Posted by Sue at 10:00