Really,very/dead/so interesting? How to intensify in Tyneside 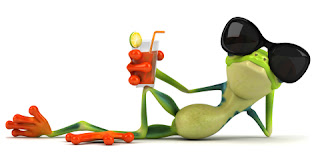 We all use adjectives to describe things (lovely in it’s a lovely day, for instance), but often this is not enough for us: for as long as we have records, speakers of English have been boosting the force of their adjectives with intensifiers such as really (it’s a (really lovely day).  The words we choose as intensifiers, though, fall in and out of favour. The examples in the box illustrate favourite forms from the time of Chaucer and Shakespeare as well as our own lifetime.

Kate Barnfield and Isabelle Buchstaller’s research on the changing use of intensifiers by four generations of speakers over the last 60 years in Tyneside, north-east , reveals the different processes at work as intensifiers wax and wane over time.

One process is a steady long-term gradual replacement of one form by another. This is the case of the on-going replacement of very by really. Barnfield and Buchstaller show that back in the 1960s people in Tyneside used really only with two kinds of adjective: those describing human characteristics (like kind or posh) and those describing a value (such as good or bad). Gradually, though, people began to use really with other kinds of adjectives, so that by the 1990s it was occurring with any type. Then, once fully established in this way, really became more specialised. In the most recent Tyneside data the overall frequencies of really have not changed, but it is heard more often with adjectives referring to age (new, young), measurement (big, thick) and speed (fast, slow).

This gradual process contrasts with the more explosive introduction of dead in Tyneside, which burst into use across almost all categories of adjective simultaneously. Dead did not occur at all in the 1960s Tyneside data, but by 1994 it had soared in frequency to become the most popular form for younger speakers (aged between 18 and 40). Interestingly, dead seems to be a case of “linguistic recycling”. It is attested in the Oxford English Dictionary as far back as 1589, but then fell from popularity until its recent resurgence. The return to favour has not lasted long, though. By 2007 dead had become the least frequently used intensifier for young people rather than the most frequent one – a complete reversal of fortune. As Barnfield and Buchstaller point out, this type of change represents a linguistic fad: young people see a particular form as trendy for a while but the next generation then spurns it and finds new ways to boost the force of their adjectives. Unlike steady long-term changes such as the introduction of really, which has been taken up by young people right across the , linguistic fads tend to vary from one region to another. The signs in Tyneside are that the next local fad will be pure, a form that may have been imported from Glasgow, though canny and proper are also beginning to be used.

A final pattern of change revealed by the Tyneside data is slow-motion and gradual. So (it’s so lovely) has gently increased in frequency over the last few decades, representing just 7.5 per cent of all intensifiers used in 1990 and still only 9.1 per cent in 2007. The slow rise in frequency of so goes hand in hand with a gradual expansion of the types of adjective with which it is used. The modest increases in frequency seem to have prevented it becoming associated with any particular age group and, as a result, younger speakers do not replace it with other forms, leaving it free to continue a slow expansion across adjective type and across the generations.

Although different types of intensifiers arrive in people’s speech in distinct ways (linguistic fads with all types of adjective, long-term replacements more gradually), there seems to be only one way for them to decline. In the 2007 data, both very and dead still occur in young people’s speech, albeit with low frequencies. Both, though, still occur with all types of adjective. As intensifiers fall out of use, then, it is only the absolute frequencies that decrease ­– the distribution across different categories of adjective stays the same.

Barnfield and Buchstaller’s research reveals that not only do younger generations of speakers in Tyneside use different intensifiers from previous generations, they also use more of them overall. There are, of course, other ways of intensifying the force of an adjective, such as simply choosing a more dramatic word (saying for example, that’s a wonderful idea rather than simply that’s a good idea), but the fact that speakers of English are choosing to use intensifiers more often that before is intriguing. In any event, the Tyneside research confirms that this is an area of English grammar where there is constant change and renewal, and it reveals the orderly systematic processes by which change and renewal take place.

This summary was written by Jenny Cheshire
Posted by Sue at 10:45