Season's Greetings to all our readers.

We will resume our weekly summaries on January 6 2014. We look forward to your continued interest in 2014.

Posted by Jenny Cheshire at 13:23 No comments:

Getting on together in conversation

When we talk, the nods, gestures, posture and body movements that we make convey important messages to our conversational partners. They can help in understanding meaning and can show whose turn it is to speak next. They can also display how we feel about the person we’re talking to.

Mary Lavelle, Patrick Healey and Rosemarie McCabe confirm that nodding and hand gestures affect the amount of interpersonal rapport that people experience when they are talking to each other. They set up an experiment where 40 groups of three people were asked to do the ‘balloon task’. This task is a good way of getting people to talk to each other: they are asked to imagine that a hot air balloon is losing height and about to crash. The only way for anyone to survive is for one of the three passengers to jump to a certain death. The three passengers are a cancer scientist, a pregnant primary school teacher and her husband, who is also the pilot. The task of the group is to decide which of the three should make the jump. The conversations in the groups lasted about five and a half minutes, and each participant then rated on a ten point scale the level of rapport they had felt with their conversational partners.

They were not told, however, that in half of the groups one of the participants was suffering from schizophrenia, a condition that apart from its other symptoms often means patients use less non-verbal communication than expected.

During the conversations the patients with schizophrenia spoke less than the healthy participants, and they used fewer gestures when speaking and fewer nods when listening. The more severe their schizophrenic symptoms, the less often they nodded when listening, thus giving fewer indicators of understanding to their partners. Interestingly, the conversational partners compensated by gesturing more when they were speaking themselves, perhaps because they assumed the patients had not been paying attention or were not understanding well. This shows, then, how we adapt our nonverbal cues to the behavior of others during the flow of conversation.

The experiment also showed that gestures in themselves are not enough to achieve interpersonal understanding. Patients with more severe symptoms gestured more when speaking but this (together with more negative symptoms and poorer social cognition) resulted in their partners giving poorer ratings for interpersonal rapport. The researchers point out that gestures were measured mechanically, in terms of speed, so the total number may have included movements that were not helpful to communication (scratching, for example, or displacement behavior). They also note that successful communication relies on gestures that are relevant to communication being well coordinated with speech: if patients are not able to harmonize their verbal and nonverbal features, this would impact on others’ experience of rapport with them.

This exploratory study shows how people’s nonverbal behavior and experience of interpersonal rapport changes in response to the behavior of a schizophrenic patient even when they are unaware of their diagnosis. It has implications therefore for therapy designed to combat the social isolation that tends to accompany this illness. More generally, it shows how important nonverbal communication is for establishing rapport between conversational partners, and how we design the nonverbal cues we use in the flow of conversation in response to those used by others.

Posted by Jenny Cheshire at 11:18 No comments: 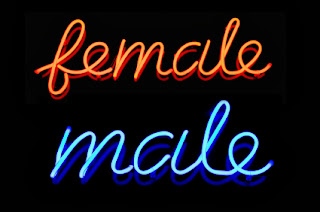