The shifting tipping point - one metaphor, many uses

To understand what a metaphor is, let’s start by considering a real world example. For tipping point, we might imagine an object that should be kept upright, such as a vase of flowers, at risk of falling when it loses its centre of gravity. As the tipping point is not the vase’s natural state, we assume something has caused the unbalance e.g. a curious cat, or an earthquake. We also realise that there will be consequences when this tipping point is reached, and we expect these will be negative. The glass is likely to smash, causing danger to bare feet, and destroying the vase. The contents will also spill onto the floor, possibly spreading water and causing further damage, or possibly partly retrievable if some of the flowers can be rescued. But we recognise that reaching the tipping point is very unlikely to have many positive outcomes, as it takes us from our pretty vase of flowers, to an undesirable mess on the floor.

The job of a metaphor is to map the knowledge we have from these real-world examples, onto something else. But whereas the source domain of a metaphor relates to concrete entities (such as the unlucky vase), the target domain will be a more abstract and complex phenomenon. Therefore, how the metaphor is used - the linguistic and discursive context - will help to shape how we conceptualise this target.

From the 1960s onwards, tipping point was regularly mapped onto moments of social change, most popularly in the early 2000s to describe the sudden spread of a new trend or idea in society. Conventionally, tipping point came to be used as an everyday expression meaning a time of important, often uncontrollable, things happening that lead to change. It was most often applied to an individual, reaching a personal tipping point and joining a wider group or process in society. Notably, the more negative interpretations were largely removed, and the metaphor was seen as more exciting than threatening. Over time, the metaphorical mapping had therefore become somewhat ‘bleached’ of its source domain.

But from 2004 scientists began to use this metaphor in relation to the world’s climate, and it is now common to hear and read about ecological tipping points in the media. Van der Hel, Hellsten & Steen (2018) examined 326 articles from major world newspapers, and 301 scientific articles, to see how this metaphor developed and was used from 2005-2014. They looked for both the discursive context of the metaphor (Who is using the phrase? What is it being used to refer to?) and the linguistic characteristics of its use (How is the phrase combined with different parts of speech and punctuation? Is the use of the phrase deliberately metaphorical?) From this study they tracked the changing use and meanings of tipping point in both the media and science.

The metaphor was first used by scientists as an attempt to explain to the media their complex research into abrupt changes in the climate system. Use of the phrase at this time drew attention to its metaphorical meaning, rather than the conventional one, by also expressing related ideas of falling, danger and irreversibility. By making explicit references to the source domain in this way, the metaphorical meaning is more ‘deliberate’, and actively encourages us to reflect more on the concrete meaning of the expression. Therefore the metaphor highlighted the serious and threatening nature of a tipping point and, by extension, the catastrophic issue of climate change.

Until this time tipping point in climate change news articles had mainly been used in the conventional sense, to refer to changes in individual social attitudes towards the environment. But from 2005-2007 the phrase began to appear more frequently in inverted commas, to note its increasing, and unfamiliar, use by scientists. The phrase also began to be used in reference to humanity as a whole, in contrast to the previous convention of usually referring to an individual in society. This use of punctuation and the new collocations again serve to focus attention on the metaphorical status of the phrase. In doing so, a reader may be encouraged to draw deeper on their source domain knowledge, and reconsider the metaphor’s meaning.

Within the scientific community, use of the metaphor continued to increase from 2008. But whereas it may have begun as a rhetorical device, it subsequently became a mainstream scientific concept, and a theoretical tool. The imagery of a tipping point largely replaced some earlier metaphors (e.g. thresholds), and studies explored what the causes and outcomes of different potential tipping points might mean in various climate contexts. This suggests an inspirational role for the metaphor, through capturing the imagination of scientists, and opening new directions for studies.In contrast, the media used the metaphor less after 2007, but it re-emerged from 2011 in news reports from political speeches at international climate conferences. In these reports, it was increasingly tied to specific locations (e.g. the Amazon) and events, and was often still expressed using inverted commas. However the phrase also began to be used for other, non-climate related changes, such as sudden policy shifts. This suggests that the tipping point metaphor in the media had become more flexible, again incorporating the conventional expression of a drastic change.

This study shows that in science and the media, a metaphor can help explain complex ideas, and encourage new ways of thinking about a phenomenon. It also demonstrates their versatility: tracing how a metaphor that had become an everyday expression was mapped onto a new target domain, leading to a restructured understanding. By examining the linguistic and discursive contexts of tipping point, Van der Hel, Hellsten & Steen (2018) highlight the numerous and changing roles that metaphors can play, and how they can help scientists and journalists in public debates on important topics.

This summary was written by Sarah Kirk-Browne

Posted by Jenny Cheshire at 09:30 No comments: 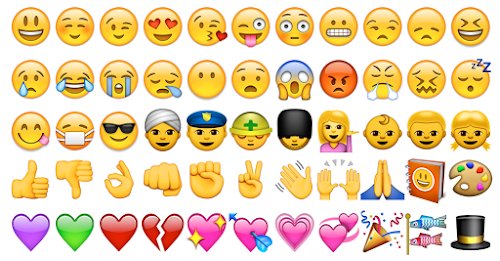 Posted by Jenny Cheshire at 11:00 No comments: