A be’er way to analyse t-glottaling? 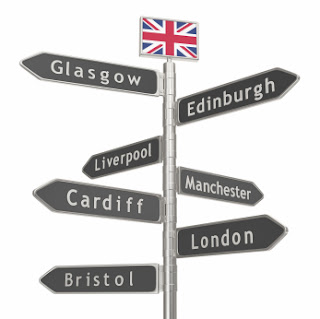 Most people are familiar with the concept of t-glottaling, that is to say the replacement of /t/ with a glottal stop in a word. Using the symbols of the International Phonetic Alphabet, a word such as better may be represented as either [betə] if pronounced with an audible [t], or [beʔə] if pronounced with a glottal stop. Frequently, the glottal stop pronunciation is also represented as be’er. T-glottaling, once (and still by some) considered a stigmatized feature of speech, is now widespread in Britain and is generally perceived as being stereotypical of British urban speech (although it is by no means confined to urban areas).

The replacement of /t/ with a glottal stop has been the subject of investigation by many sociolinguists in different parts of Britain and these studies have generally agreed that t-glottaling is most likely to occur in certain contexts. Within different social settings, speakers use t-glottaling more in informal styles of speech than when using a more formal style of speech and, generally speaking, you might expect to hear more t-glottaling from speakers lower down the social scale. T-glottaling is also associated more with younger speakers than with older speakers, an indication that this is a feature of language change which is still in progress. In addition to these social constraints on the use of t-glottaling, there are also linguistic contexts which are more likely to trigger its use.  For example, t-glottaling is more likely to occur word-finally, in a word such as bit, than in word-medial position, in a word such as bitter. In word-final position, t-glottaling also follows a pattern in that it occurs most frequently when it is followed by a consonant (put down), less so when it occurs before a pause (stay put) and least of all when it is followed by a vowel (put off).

Schleef also examines whether the use of t-glottaling is influenced by the grammatical category of words and finds that adjectives and nouns disfavour t-glottaling whereas function words (e.g. prepositions and pronouns), and both progressive and past participle forms of verbs (e.g. waiting, waited) tend to favour glottal replacement. On closer examination, Schleef suggests that progressives and past participles are likely to show high rates of t-glottaling because /t/ appears in word-final position of the root word (in this example, wait) which is a context that attracts high rates of glottal replacement.

Lexical frequency was also investigated and may also trigger the use of t-glottaling. Schleef found that in both locations more frequent words favoured glottal replacement when the /t/ occurred in word-medial position and in London this was also the case for word-final position. In Edinburgh, Schleef also found that words of four or five syllables favoured glottal replacement.

What this research indicates is that the use of glottal replacement may be affected by more than just phonological factors, as has been assumed in many previous studies. It provides a framework for the way forward for future studies of this phenomenon.

This summary was written by Sue Fox
Posted by Sue at 08:31