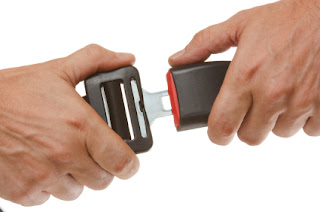 Believe it or not, this was the title of a recent journal article about the global financial crisis. Another article on the same topic had the title A Spike Through the Heart. While the content of the articles may not be obvious from their titles, Ana María Rojo López and María Ángeles Orts Llopis argue that metaphors such as these are powerful tools affecting the way that we conceptualise economic issues.
Lopez and Llopis analysed articles taken from two financial periodicals – the The Economist and the Spanish El Economista. The articles were written at two different periods. The first was between June and November 2007, when the idea of a global financial crisis was beginning to be mentioned internationally. The second period was between September and December 2008; by then the financial crisis was causing havoc worldwide. The researchers write that during the earlier period financial problems were initially belittled by the mass media in Spain, unlike other European countries. This, they say, was because the Spanish government was about to hold national elections. Politicians therefore refused to reveal the grim state of the national economy. Metaphors were used differently in the two periodicals, reflecting the different socio-political climates in which the articles were written.
Although similar metaphors were used in The Economist and El Economista, an important difference lay in whether they conceptualised the economic issues as having a positive outcome for the economy or a negative one.
In both periodicals the most frequent metaphors conceptualised financial events as ‘natural’ beings and events, such as humans, plants or storms. For example, a journalist in El Economista wrote that the credit drought was caused by a financial storm forcing banks to restrict their loans. The researchers categorised examples such as this as a negative use of metaphor, since the context gave a negative view of the economy. In articles written during the earlier period, before the crisis, the metaphors in El Economista were used less often in a negative sense than a positive sense; during the 2008 recession, however, negative uses were twice as frequent as positive ones. In The Economist, by contrast, metaphors referring to natural beings and events were used far more often in negative contexts during both periods.
Another frequent metaphor conceptualised economic events as a journey, which could be upward or downward, smooth or troubled. In The Economist these metaphors occurred in negative contexts more often in the earlier period, before the recession, whereas in El Economista the highest proportion of negative uses was in the second period. In the later period, metaphors portrayed the economy as a vehicle that had no clear destination, that had lost speed or suddenly braked, or that had punctures.
The third type of metaphor saw financial activities as events. In El Economista these included show business events, medieval tournaments and even a bullfight.  These metaphors were mostly used in a positive way, painting a light-hearted scene with images of races and playful rivalry. Unsurprisingly, this type of metaphor was less frequent during the second period, but even then the metaphors were still mainly used in positive contexts. By contrast, metaphors of this kind in The Economist mostly pointed to more sombre aspects of war or competition.
Overall, the Spanish articles written before the crisis contained more metaphors used in a positive context than those written later, when the financial crisis was underway. The English language articles used metaphors negatively during both periods, painting a sombre, gloomy picture of the global economy both at the beginning of the crisis and during the recession.
The researchers argue that the different uses of metaphor in the two journals reflect the fact that the international press was discussing the crisis long before the Spanish mass media acknowledged the economic disaster. They claim that metaphors not only affect the way that we conceptualise the world, but are also a powerful tool that can serve political interests.
López, Ana María Rojo and Llopis, María Ángeles Orts (2010) Metaphorical pattern analysis in financial texts: Framing the crisis in positive or negative metaphorical terms. Journal of Pragmatics 42: 3300-3313.
doi: 10.1016/j.pragma.2010.06.001
This summary was written by Jenny Cheshire
Posted by Sue at 10:00