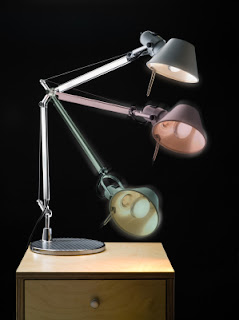 If you find (2) and (4) more natural, the chances are you’re from the UK or Ireland; if (1) and (3) sound better, you’re more likely to be from North America. This was the unexpected finding of Bill Haddican and Daniel Ezra Johnson’s recent research. They tested the judgments of 297 native speakers of English. Almost half of these people were from the UK or Ireland; the other half were from the US and Canada. They were asked to rate sentences like the ones above on an 11-point scale, where 0 was ‘bad’ and 10 was ‘good’. People from the UK and Ireland judged ‘discontinuous’ sentences as ‘good’ more often than those from Canada and the US (discontinuous sentences are those where the verb and its particle are separated, like cut and open in he cut the melon open).

Haddican and Johnson then looked at how people in the UK and the US produce sentences containing a verb and a particle: are they more likely to use continuous forms (he cut open the melon) or discontinuous forms (he cut the melon open)? They collected a Twitter corpus from two areas in the USA – within a 150 mile radius of Pittsburgh, Pennsylvania and of Concord, New Hampshire – and two areas in the UK – within a 150 mile radius of Oxford, England and of Glasgow, Scotland. They searched for tweets in this corpus that contained either turn on the light or turn the light on, finding more than 2000. Although there were no significant differences between the use of turn on the light and turn the light on between the two regions of the USA or the two regions of the UK, the results from the US and the UK overall mirrored the results of the judgment tests: the discontinuous form (turn the light on) was used more often in tweets from the UK, and the continuous form (turn on the light) occurred more often in tweets from the US.

Why should these differences exist between UK English and US English? Haddican and Johnson could see three possible explanations. First, English in the UK could be changing, with speakers of British English moving towards the use of the discontinuous order, but only after the period of North American colonization. Second, it could be English in the US that is changing, with American speakers of English moving towards the use of the continuous order (turn on the light). A third possibility is that both varieties of English are changing, but at different rates; for example, varieties could be moving toward the discontinuous order, but UK dialects have moved further and/or faster.

Haddican and Johnson point out that we would need to analyse verb-particle combinations in earlier periods of English to find out which of these possibilities was most likely to be right. They make a start by analyzing 5 different verb particle combinations in the Corpus of Historical American English (COHA). They analysed the frequency of put out a hand/put a hand out; put out the fire/put the fire out; put out the light/put the light out; bring up the subject/bring the subject up; and the past form brought up the subject/brought the subject up. They found a steady increase since 1850 in the frequency of the discontinuous forms suggesting, they claim, that the third explanation is the most plausible one: both UK and US English are moving towards the use of the discontinuous structure, but the change has progressed more quickly in the British Isles.

This summary was written by Jenny Cheshire
Posted by Sue at 18:02