Using metaphors to ‘bring it home’ 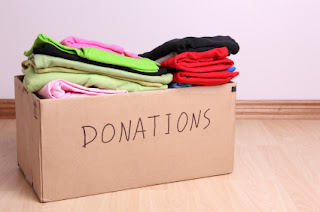 How do you react to charity appeals?

In an earlier summary (Tay 2011: http://linguistics-research-digest.blogspot.co.uk/2012/07/you-know-its-like-bomb-squad-right.html), we looked at how we can use metaphors to explain and deal with abstract concepts during therapy.  Taking another emotive context, Lynne Cameron and Irene Bruna Seu analysed how a focus group of 5 British women used metaphors to discuss the impact of charity appeals.

The women, who all lived in London and were aged between 32 and 52, were presented with 3 visual and textual prompts (2 from Amnesty International and one article from the British newspaper The Guardian).  These all related to what they term the suffering Other, and provided information outlining cases of torture and abuse in Afghanistan and Saudi Arabia.  The idea of the suffering Other was used by Cameron and Seu to identify a being that is distinct from a person’s Self and someone with whom we may wish to empathise.  The analysis looked at how members of the focus group reacted to the suffering Other and what justifications they used for rejecting charitable appeals.

The results of the analysis highlighted how more than half of the metaphors used by the focus group (295 out of 538) related to spatiality. In other words, vehicle terms grouped as, for example, Location and Distance were used frequently (e.g. “it’s easy to think ‘oh, that’s over there’ ”).  It seemed that assessments of closeness or distance were frequently used as justifications for not wanting to respond to charity appeals.  Cameron and Seu noted how metaphors relating to House and Home were also prominent (e.g. “it’s brought home to you”, “I’d rather change something closer to home”) and when this personal domain was seen to be under threat, negative and physically aggressive metaphors were often used to describe reactions and emotions (e.g. “I don’t think it should be shoved down their throats”).

However, the analysis of the focus group discourse highlighted how empathy may be generated when the participants could identify directly with distant situations (for example, one woman had done voluntary work in Africa), and when close-up experiences (such as a beggar asking for money in the street) were deemed as non-threatening (a beggar sitting down was considered less threatening than a beggar directly approaching you).  As a result, they conclude that there is an optimal ‘distance’ for people to feel empathy and that the more threatening an appeal is to a person’s Self, the more in control they need to feel in order for empathy to be activated.

This summary was written by Jenny Amos
Posted by Sue at 08:47