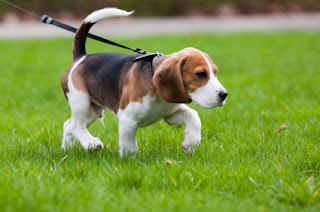 Walking the dog? Or walkin’ the dog?

Research summarised in a previous posting looked at how Polish adult learners of English dealt with variation in –ing, which does not exist in Polish (http://linguistics-research-digest.blogspot.fr/2012/07/staying-or-goin.html ). In another study, Miriam Meyerhoff and Erik Schleef’s research focuses on teenage migrants from Poland to the UK. They found that some patterns of variation are easier to acquire than others and that, surprisingly, it is the social patterning that seems to be the most difficult.

Working in Edinburgh and London, the researchers recorded roughly the same number of locally born and Polish-born teenagers speaking both formally  – reading out a written passage ­ – and more informally, in conversation with a friend and a researcher. The Polish teenagers had been living in the UK between seven months and five years, and had little exposure to English while in Poland.

However, other patterns seemed more difficult to acquire. Unlike native speakers elsewhere in the world, for some reason teenagers in Edinburgh and London do not use the ‘ing’ pronunciation more often in verbs than nouns. However, the Polish teenagers do. Meyerhoff and Schleef suggest that perhaps they are influenced by a wider range of English speakers than their locally born school friends (TV may be important, for instance); perhaps, too, language learners need more time to learn the complex patterns of language variation they hear from the native speakers around them before they can start to use the variation themselves in their everyday speech.

Surprisingly, the Polish learners did not use ‘in’ more often in informal conversation than when reading aloud, though the locally born teenagers did so, in both London and Edinburgh. The Polish learners also behaved differently when it came to the gender pattern of variation. In London, the pattern was the other way round to the expected, local one. London-born boys used ‘in’ more frequently than the girls, as expected, but for the Polish-born boys in London it was the ‘ing’ pronunciation that was more frequent. In Edinburgh, the social factor that affected the pronunciation the most for the Polish teenagers was not gender but the type of friendship network.