Are dolls houses for boys or girls? And how do we talk about them? 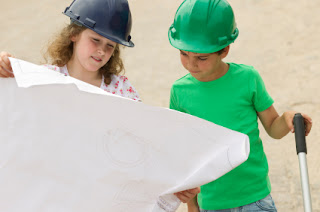 Should boys and girls be taught the same subjects?

Do we view the world through ‘male’ or ‘female’ eyes?  Do hidden messages in society concerning our gender reflect in the language we use to evaluate our experiences?  This is what James Mackay and Jean Parkinson set out to investigate in their study of 87 trainee teachers in South Africa who built and electrically wired a dolls house as a class assignment.

From their analysis of the written assignments a picture emerged of a class divided along gender lines rather than according to educational background. The female students in both the advantaged and disadvantaged groups chose to use more AFFECT and JUDGMENT in their evaluations than did their male students. Many female students found the project stressful and spoke of the task as being a ‘nightmare’ and its accomplishment as being ‘the proudest moment of my life’.  Explicit statements on gender appropriacy included ‘I was surprised I could do it being a girl’ and ‘all those years I thought boys are the only ones who knew how to do the wiring’.

Male students, on the other hand, used much more APPRECIATION in their evaluations, writing things like ‘The module was well-structured’, ‘Doing wiring really gave me no sweat’ and ‘This kind of project is very useful to us’, thereby focusing more on the process rather than the emotions involved in it.

Overall, the females appraised their own emotions and actions negatively, whilst the male students appraised the task and the course positively.  However, it is interesting to note that the females did not achieve worse in the task than did the males.  Yet they still experienced the task far more negatively, passing harsher judgments on their own performance and experiencing more negative emotions.  The researchers also found that the group of educationally advantaged female students displayed better theoretical understanding of electricity than the educationally disadvantaged male students. However, despite this, their self-confidence was assessed to be much lower.  So it seems that differing gender expectations played a role in the students’ ability to perform this task.

The study confirms that at a grammatical level of APPRAISAL, beliefs about whether a task is more or less appropriate to our gender do influence us emotionally and have real consequences for how easy or difficult we will experience a task as being.

This study surely has wider implications, particularly for education?  In the South African context in which it took place, changes have recently been introduced to the teaching of technology in schools so that there is now a single subject for boys and girls, rather than Domestic Science for girls and Woodwork for boys. Hopefully this will impact on beliefs about gender appropriacy in the future, although it is unlikely to eliminate them altogether, as they are ingrained in society and individuals to the point that they are even displayed in the language we use to evaluate our experiences.
________________________________________________
Mackay, James and Parkinson, Jean 2009.'My very own mission impossible':  an APPRAISAL analysis of student teacher reflections on a design and technology project.' Text and Talk 29 (6): 729-753