Is ‘Star Wars’ pronounced the same in Dorset as in New York? 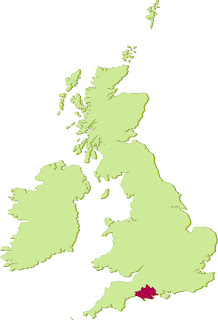 Dorset or Dawset? Losing the /r/ sound in the southwest of England.

In England, except for a small area of Lancashire and the southwest of England, all accents of English are described as non-rhotic and in some dialects rhoticity is changing.  For example, recent studies in the southwest of England suggest that rhoticity is in decline, whereas in the USA, in New York, it seems that the opposite process is occurring and former non-rhotic accents are becoming rhotic.

Caroline Piercy was interested in this phenomenon in the dialect of Dorset, southwest England.  She focused her study on four different age groups of speakers with equal numbers of male and female speakers in each.  Her results showed a decline in the use of non-prevocalic /r/ over time, with average rhoticity of her speakers being 29%.  The Survey of English Dialects in 1967 found rhoticity in the Dorset dialect to be 97%, so there has been a marked change over time.  Piercy also discovered that there was a strong correlation of age and rhoticity, with the youngest group of speakers not using non-prevocalic /r/ at all, signifying that this linguistic change from rhotic to non-rhotic is now complete in the Dorset dialect.

Piercy considered different linguistic scenarios where the /r/ could or could not be pronounced.  For example, she focused on the type of vowel preceding some instances of non-prevocalic /r/ and found that a word like ‘nurse’,  with a stressed vowel before the non-prevocalic /r/ was the most likely situation for the /r/ to occur.  Preceding vowels that were stressed like this were shown to favour rhoticity more than those that were unstressed, so that the /r/ was less likely to be pronounced in words like ‘your’ or ‘were’ for example.

When lexical frequency was taken into account, Piercy found that frequently used words were less likely to be rhotic – so that a non-prevocalic /r/ in a more common word is less likely to be pronounced than one in a less common word.  Therefore, in Dorset, it seems that the more frequent words are leading the change in rhoticity as more people drop the non-prevocalic /r/ from their speech.  However, the study in New York has found that there it is the less common words that are leading the sound change towards rhoticity, as non-prevocalic /r/ becomes more prevalent.  Interestingly and perhaps due to this fact, in both studies more frequently used words displayed less rhoticity.  One explanation for this could be that it is easier to lose a sound from speech than to gain one.  So, in words which are used more frequently, the /r/ sound is lost more quickly.  Conversely, in less frequent, ‘rare’ words it is easier for the non-prevocalic /r/ to remain or even to become more stressed, as is the case in New York.

This summary was written by Gemma Stoyle
Posted by Sue at 11:07