All the lads and lasses! 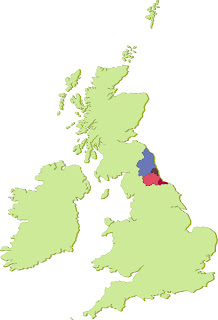 In data collected in the 1950s for the Survey of English Dialects (SED) it was found that there was a ‘north-south’ divide in the use of the terms lad and lass, with lad being the main term used in the north to mean BOY whereas boy itself was the main variant in the south. Lass competed with other terms (such as girl, wench, maiden, missy) but it was still mainly confined to the north. When words for SON or DAUGHTER were elicited, the term lad competed with son in the north and, to a lesser degree, the term lass competed with daughter, but also only in the north. Research in the 1980s predicted that because lass was more variable than lad then it was likely that the term lass would be lost before lad.

Researchers Joan Beal and Lourdes Burbano-Elizondo set out to investigate patterns of variation and change in the use of these terms by comparing the 1950s data to data collected between 1994 and 2005 for two sociolinguistic studies in the northeast of England, the first in Newcastle and the second in Sunderland.

The Newcastle data revealed that both lad and lass is still used by all age groups and among all social classes, although lad is more widespread than lass. The results also showed (with the exception of middle class males) that males use both lad and lass more than females, so there appears to be variation according to gender. Like the SED data, the Newcastle data revealed that lad could be used to mean BOY or SON (though the latter was rare) but, unlike the SED data, it could also be used to mean SEXUAL PARTNER (in this case more often than boyfriend but less often than husband). Overall, though, lad was used in the vast majority of cases to mean YOUNG MAN. In the case of lass, girl was a much stronger rival than boy was for lad and the most frequent meaning for lass was YOUNG WOMAN. The use of lass to mean DAUGHTER was as rare as lad was to mean SON. However, lass could also be used to mean SEXUAL PARTNER, both in the sense of GIRLFRIEND and WIFE (whereas lad to mean HUSBAND was rare). Although there was a tendency for lower social groups to use more lad and lass, there was no firm correlation between social class and variable use of the terms; the researchers suggest that style or stance may be a greater predictor of their use but further research would be needed to shed light on this.

In the Sunderland data the results revealed that, in line with Newcastle, there was variation according to gender, with males using both lad and lass a lot more than females, especially in the sense of CHILD (male/female). Lad and lass could also be used to mean BROTHER/SISTER (although these were rare variants). When the meaning was CHILD or BROTHER/SISTER, lad and lass appeared at equal levels but lass was used much more frequently than lad (both by males and females) when used to mean SEXUAL PARTNER.

This summary was written by Sue Fox
Posted by Sue at 20:24