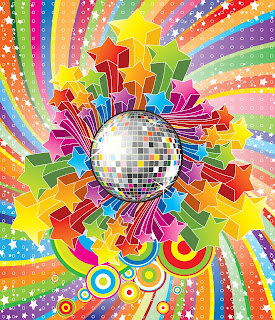 According to the online British and World English Oxford Dictionaries, the word gay has four different meanings assigned to it. Two of those meanings, the use of gay to mean ‘light-hearted and carefree’ and the use of gay to mean ‘brightly coloured, showy’, are both said to be ‘dated’.  The primary meaning of gay in current usage appears to be its reference to a ‘homosexual, especially a man’. Interestingly, though, a fourth meaning of ‘foolish, stupid or unimpressive’ has been documented. In this latter case, the use of gay is said to be ‘informal, often offensive’.

Using sociolinguistic methods, researcher Justyna Robinson investigated the semantic changes-in-progress of the word gay to see whether such an analysis can provide further insights into the variation and change of this word. She traced the word across selected data from the British National Corpus and the Oxford English Corpus and found that the corpora data supports the perception that gay is undergoing semantic change. She found that the older sense of gay ‘happy’ is diminishing, balanced by an increase in the use of gay ‘homosexual’. She also found that the data provides evidence that gay can mean ‘lame’ (meanings similar to the dictionary definitions of ‘foolish, stupid’ or even ‘boring’) but also that it can mean ‘unmanly’ to refer to activities considered to be ‘effeminate’ or ‘not masculine enough’.

Robinson also analysed the speech of 72 speakers born and bred in South Yorkshire that she had interviewed as part of a larger project on semantic change. The speakers represented different age groups (age range: 11-94), genders and socio-economic groups. From these speakers, Robinson elicited all the different senses of gay that each participant knew and, once more, she found that the most salient senses of the word gay matched the meanings of ‘happy / bright’, ‘homosexual’, ‘lame’ and ‘unmanly’.

Perhaps unsurprisingly, she found that it was the older speakers who retained the most use of gay in the sense of ‘happy, bright’ and that the younger generations, most notably young males still in education, were the main users of the most recent sense of gay to mean ‘lame’. For the older speakers, their views about the shift in meaning of gay were often expressed in negative terms and Robinson reports comments such as ‘I really fight against the use of this word [as ‘homosexual’]. I object strongly to hijacking of the word’. In general, as is often the case with language change, a ‘common, nostalgic narrative’ emerges among the older speakers. The majority of younger speakers seem to be aware of the use of gay to mean ‘happy / bright’ but it has not been part of their usage. Their comments were more likely to be along the lines of ‘it used to mean’ or that ‘happy / bright’ was the ‘older meaning’. The younger speakers assigned meanings to gay ‘lame’ ranging from ‘boring’ (school, lessons, friends) to ‘not interesting’, ‘weird’, ‘annoying’, ‘bad’, ‘rubbish’ and ‘stupid’. None of the speakers in the study seemed to suggest that this usage projected homophobic undertones, a concern that has been raised in other academic literature.

While it seems that teenage boys use gay ‘lame’ the most, Robinson’s analysis showed that young adult males employ gay in a slightly different way, in the sense of ‘unmanly’ and that it is used to describe activities such as ‘eating salad’ or ‘carrying an umbrella’. Used in this way, Robinson argues that gay projects masculinity through distancing a speaker from anything considered ‘effeminate’ or ‘not masculine enough’. She suggests that men use gay in this way (note that no women in the study used gay in this sense) to challenge the masculinity of other men. Once more, though, these participants clearly indicated that they did not think this sense was used as a homophobic pejorative but that it applied to behaviour that goes against traditional notions of masculinity, particularly as they might pertain to local ‘northern’ English toughness.

This summary was written by Sue Fox
Posted by Sue at 14:30