Are regional dialects dying out? 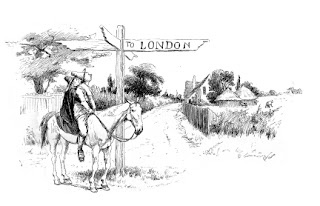 is increasing mobility the cause?

It’s often thought that local dialect forms are withering away as people adopt more widespread ‘supralocal’ forms. In England, for example, glottal stop pronunciations are now widely used for /t/ in words like butter, in rural and urban areas alike.

David Britain’s review of recent research, though, sounds a note of caution. He accepts that in areas where traditional dialects are spoken, there is evidence of increasing use of language forms with a wider geographical currency.  But he points to three aspects of dialect studies where researchers need to think more carefully about the processes involved.

First, although supralocal forms may be arriving in areas where rural dialects are spoken, traditional local forms have by no means all disappeared. What is more, the supralocal forms are arriving at different speeds, to different extents, in different places and are used by different social classes (for one example, see the box). We should reflect more, then, on what the robust variation that still exists can tell us about the delocalization process.

Joanna Przedlacka investigated the use of 14 supralocal forms in four counties to the north and south of London: Buckinghamshire, Essex, Kent and Surrey. She found differences of between 18 and 55 per cent between uses of the 14 forms in the different locations. For example, people in Buckinghamshire used the glottal stop pronunciation of /t/ the most and people in Essex the least, with their rates of use differing by 35 per cent.  The pronunciation of words like tooth and mother as toof and muvver varied by about 30 per cent between the county where it was used most and the one where it was used least, but this time it was Kent where people used the supralocal /f/ and /v/ pronunciations the most, and Surrey where people used these forms the least.

Secondly, although forms with wider currency may be replacing more localized dialect forms, how wide is wider? Supralocal forms become used as people become more mobile, but we still spend a good deal of time moving around our own local neighbourhoods. It is not surprising, then, that people in a particular neighbourhood sometimes adopt local forms and sometimes supralocal forms, with the supralocal forms coming from the local area, the wider local region, or beyond (see the example in the second box). Local dialect forms, then, still compete strongly with their supralocal competitors.

Thirdly, supralocal dialects are the result of mobility, but it is middle class English people who are the more mobile. Middle class people are more likely to commute long distances to work, to choose to leave the city and live in the countryside, to leave home when they go to university rather than attend their local institution, and to buy basic goods in an out of town shopping centre rather than the local grocery store. This kind of mobility affects rural areas the most, bringing relatively traditional nonstandard rural accents into contact with middle class urban, possibly standard-influenced accents. No wonder then if, overall, rural accents are in decline. Britain points out, however, that we know little about the sociolinguistics of this interplay of dialects at the local level.