Go on – Flex those linguistic muscles at the 2014 Olympiad! 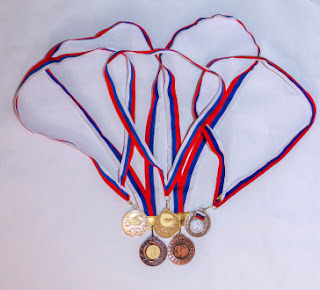 An LO is a competition which tests how good competitors are at thinking like linguists.  It aims to encourage interest in language and its structure.  Olympiads also exist in other subjects, for example Mathematics and Astronomy, and test mental skills and knowledge in these school subjects.  However, the difference with linguistics is that, as it is not taught in school, the Olympiad cannot assume any technical knowledge.  Instead it requires careful and precise analytical skills on the part of its competitors.

The UKLO officially started in 2010 when there were 562 competitors, rising to 1165 in 2011 and 1912 in 2012 (this article was published before the 2013 competition in Manchester).  Such popularity proves that the Olympiad is meeting a need.  The UKLO committee has created a list of interested school teachers who promote it in their schools and colleges.  It is mainly Foreign Language teachers who seem to be attracted to the idea, along with A Level English Language teachers and also a few teachers of Classics, Maths and other subjects.

The Olympiad attracts a broad age-range of students due to the way it is organised into different levels of difficulty.  Since 2012 the competition has offered three levels: Foundation (for Key Stage 3 students), Intermediate (for KS4) and Advanced (for KS5). (For examples of the questions asked at each level, see Section I of the article itself, and see also http://www.uklo.org which includes past questions with answers and comments).  The youngest competitors often enter in groups rather than alone and achieve only modest scores; however, what’s important is that they seem to LOVE the challenge that the competition presents and are keen to enter again.  If these students take part in the LO every year until they leave school they will have experienced it seven times – invaluable analytical and linguistic experience surely?  Cleverly, the levels overlap each other so that the last few questions on the Foundation paper are the first few on the Intermediate etc., meaning that the competitors at the lower level get a taste of the next level up.  Six national winners are selected to go forward to Round Two:  a residential weekend, combining training with a final test to select the four who will represent the UK at the International Linguistic Olympiad.

So why subject your students to yet another exam/test?  Surely they have enough of them already?  Well….Olympiads are very different in nature from public examinations like GCSEs and A Levels; they are not bound up with prescriptive syllabuses and can be more intellectually challenging.  Having a Linguistics Olympiad is especially important as, due to their being very little formal teaching about language in UK schools, the UKLO provides motivation and reward for beginning to engage with linguistics as a discipline.  Furthermore, linguistics as a scientific study of language begins to close the gender gap by encouraging boys to take more interest in language and girls to do the same in science.