Is there a global ‘call centre’ speech style? 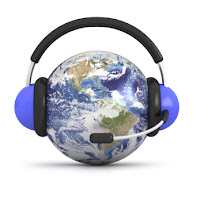 Good morning madam, how are you today?

Most research which has investigated the globalization effects on language has focused on the spread of English and the way that it supplants local languages, particularly in domains such as business, higher education and politics. But can globalization also entail the exportation of a particular speech style? Can people continue to speak in the language associated with their national or ethnic identity while using a speech style which is not necessarily associated with that same nationality or ethnicity?
Researcher Anna Kristina Hultgren has been investigating the speech style of call centre operators. Operators are generally given very explicit instructions on how they must speak in interactions with customers and these rules are often incorporated in documents, taught in communication training programmes and regularly assessed. Hultgren identifies a ‘rapport-building’ speech style prescribed to call centre workers in four countries – Denmark (DK), Britain (UK), Hong Kong (HK) and the Philippines (PH). Although the call centre agents communicate in different language varieties, the prescribed speech style is very similar in all four countries.

Across all four call centres agents are advised to make customers feel as though they are being listened to and in some cases are even given devices, such as ‘urgh huh’, ‘ok’ and ‘I know’, which they can deploy to show that they are engaged in ‘active listening’. Related to this, agents must also acknowledge the customer needs and make them feel understood. The agents are told that this understanding can be signalled by such things as ‘summarising’ (), ‘confirming’ (DK), ‘’checking/paraphrasing’ (HK) and ‘restating’ the problem, all very similar strategies. Equally important is the fact that the agents must make themselves understood. They are told to avoid jargon, technical terms and company-internal lingo, again a feature listed in the materials of all four call centres. Other ways that the agents are told to ensure that they are making themselves clear are by using ‘signposting’, ‘summarising’ or ‘headline techniques’; in other words, not just doing what the caller has asked them to do but also actively communicating to the customer what action they are taking. Finally, the importance of ‘empathy’ is highlighted across all four sets of materials. The agents are often told to engage callers in small-talk which is usually unrelated to the transaction in hand. Some of the materials even suggest topics for small talk. These can be such things as asking how the caller is at the beginning of the caller, asking about the weather or making general conversation. Is all this sounding rather familiar?

In the second part of the investigation, Hultgren looks at the compliance to these prescriptive rules in British and Danish contexts. She considers eight different variables and finds no significant differences for four of those variables; ‘ending the transaction on a personal note’, ‘thanking the customer for the call’, ‘providing a summary of the interaction’ and ‘engaging in active listening’. However, for the other four variables –'greeting’, ‘acknowledgment’, ‘hold notification’ and ‘check understanding’ – there was a significant difference between the two countries. These differences are attributed to the Danish agents being more unwilling to engage interpersonally with the customer than their British counterparts.

Despite these localized adaptations of the prescribed rules, Hultgren concludes by arguing that there is a global ‘call centre’ style, derived originally from ‘North-American cultural preferences for informality and rapport’ which is being exported independently of language. It is not about making everyone speak the same language but about letting them speak their own language but in a style that does not necessarily align with their ethno-cultural identity.