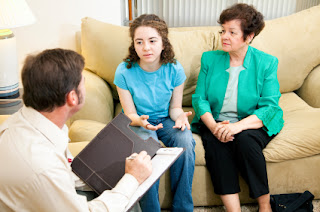 Eduardo the language broker
Eduardo is 14 years old. He speaks English and Portuguese. Eduardo’s mum can’t speak English, so she often asks him to help her. Eduardo is proud and pleased to help his mum but he is embarrassed when he translates for her at the doctors. Eduardo misses school some days because his mum needs him to translate for her.

It is sometimes thought that this kind of translating and interpreting activity (‘language brokering’) imposes too great a burden of responsibility on young people like Eduardo, especially as it often involves explaining cultural differences rather than simply translating word for word from one language to another. However, a recent study gives a more positive account of language brokering.

Tony Cline and his colleagues asked 37 young people aged between 15 and 18 to comment on the story vignette about Eduardo, as part of a larger study about young people’s perceptions of conflicting roles. 16 of the young people lived in monolingual white British families and 21 lived in bilingual families. 11 of the bilinguals had been involved in language brokering themselves, while the remaining 10 had no personal experience of language brokering. The main aims of the study were, firstly, to see whether young people with differing personal experiences of bilingualism had different views about language brokering and, secondly, to see what differences there might be between young people in multilingual areas in their understanding of the development of relationships between children and parents during adolescence.

The 37 young people were first asked what they thought about Eduardo as a person and about his feelings. Their views of him as a person were almost all positive. They described him, for example, as cool, noble, helpful and nice. Some of the monolinguals, especially, were impressed by his language skills. Fewer young people commented on his feelings, but when they did, they mainly focussed on the mention of embarrassment. Some empathised with him, some said there was no need to feel embarrassed, and some suggested reasons for his embarrassment. Those with no experience of language brokering thought he might feel demeaned by his mother’s lack of English, but those with experience of this kind of situation suggested more searching reasons, such as feeling awkward about invading his mother’s privacy or being embarrassed at not being able to translate complicated vocabulary.

A second question asked about Eduardo’s position within his family. Here all groups, bilingual and monolingual alike, highlighted the need for the mother to learn English and so relieve Eduardo of the burden of acting as her language broker. They also all recognised the tension he must feel between wanting to support his mother and needing to attend school. Young people who had themselves acted as language brokers were far more likely to suggest explicit strategies that could help, such as the mother going to language classes or Eduardo telling his mother what to say to the doctor rather than going with her.

Finally, the young people were asked how Eduardo’s teachers and his friends might view his actions. In all three groups, contrasting opinions were given about how teachers would react, with some children thinking teachers would be sympathetic whilst others thought teachers would see Eduardo’s behaviour as ‘wrong’. Far more children in the monolingual group thought teachers would completely disapprove of his missing school. There were marked differences between the monolingual and bilingual groups about how Eduardo’s friends might react: those with experience of language brokering thought his friends would see his behaviour as normal, whilst the other groups were more likely to say that his friends would think it ‘strange’ or view it negatively.

The researchers conclude that personal experience has an important impact on how young people perceive bilingualism. Their analysis showed that all the young people in their study accepted that during childhood and early adolescence a person’s chief responsibility should be to meet school requirements but that they should also meet family obligations. It also showed that they were aware of the tension between the developing autonomy in parent-child relationships whilst maintaining connectedness, but it highlighted different emphases in the balancing of this tension which was related to participants’ different personal experiences of bilingualism and language brokering.

For links to English Language teaching resources and for a suggested English A level language investigation related to this topic click here.