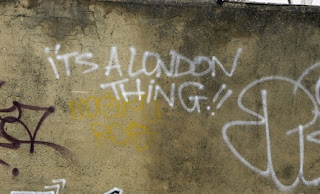 Researchers Jenny Cheshire, Paul Kerswill, Sue Fox and Eivind Torgersen report on the use of past BE forms (i.e. was/were) in London. Although the standard English forms are was with first and third singular subjects (I was, he/she was, negative wasn’t) and were with all other subjects (you were, we were, they were, negative weren’t), it is well known that the pattern varies considerably around the English-speaking world. There are predominantly two patterns which involve non-standard forms. These patterns are both variable i.e. the non-standard forms occur alongside the standard forms:
1. Variable use of was with all subjects in positive contexts (e.g. I was but also we was, you was) and wasn’t with all subjects in negative contexts (e.g. I wasn’t but also they wasn’t, you wasn’t)
2. Variable use of was with all subjects in positive contexts (e.g. I was but also we was, you was) but weren’t with all subjects in negative contexts (e.g. we weren’t but also I weren’t, she/he weren’t)
Although the first pattern is the most common throughout the English-speaking world, it is the second pattern (i.e. was/weren’t) which is the most common in Britain (note, though, another pattern in north-west England) so that many people in Britain today will say things like we was busy; she weren’t at home; he was angry, weren’t he? (You might remember the FT article on Lord Alan Sugar’s use of you was)
In their first study of London English Linguistic Innovators: the English of Adolescents in London the researchers found that adolescents in outer London (the borough of Havering) conformed to the expected non-standard British was/weren’t pattern but in inner London (the borough of Hackney) they found that the use of was in positive contexts was increasing but that there was competition between the two non-standard negative forms of wasn’t and weren’t. The researchers give the language contact situation in as a likely explanation for this competition. Many speakers in come from linguistic backgrounds where the dominant pattern is was/wasn’t e.g. English Creole-influenced varieties, second-language varieties such as African and Indian English as well as interlanguage (or learner) varieties and this competes with the local vernacular variety which tended to favour a was/weren’t pattern. In the second study Multicultural London English: the emergence, acquisition and diffusion of a new variety the researchers looked to see whether one of these patterns was winning out among younger children but it seems that, for the time being at least, the two patterns exist alongside each other.
The researchers focus on a newcomer to to try to predict future trends in the use of this feature. They examine the speech of a 12 year-old Albanian girl who lived in between the ages of 4 and 7, then returned to until she was 11, after which she returned to live permanently in .  She uses non-standard was in positive contexts almost all of the time and her few instances of negative past tense forms are all non-standard wasn’t. Perhaps this suggests that the trend is moving towards a was/wasn’t pattern in the multiethnic areas of inner but we will have to wait and see.
_____________________________________________
, J., Kerswill, P., Fox, S. and Torgersen, E. 2011. Contact, the feature pool and the speech community: the Emergence of Multicultural London English. Journal of Sociolinguistics 15/2: 151-196.
DOI: 10.1111/j.1467-9841.2011.00478.x
This summary was written by Sue Fox
Posted by Sue at 10:15