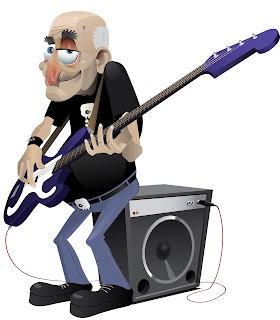 Recent research by Martínez adds another twist to the story of general extenders in spoken English. These are phrases such as and stuff, and things like that, and or something, as in I like pizzas and stuff or do you want to go out tonight or something? They are usually assumed to be typical of teenage speech, but Martínez found that it’s actually adults who use them most often, not teenagers.

Martínez analysed the use of general extenders in two large collections of spontaneous informal spoken English, one from teenagers (the Corpus of London Teenage Language, or COLT) and one from adults (the Diachronic Corpus of Present-Day Spoken English, or DCPSE). He discovered that adults used 18 general extender forms in every 10,000 words, whereas the teenagers used only 12 in every 10,000 words. Or something was the most frequent form in both corpora, but apart from this there were interesting differences in the forms used by teenagers and adults. The teenagers used and stuff, and that and and everything much more frequently than the adults – so frequently, in fact, that these three forms accounted for over 35 per cent of all their general extender forms. For adults, on the other hand, the most frequent forms after or something were and things and and things like that. These were relatively rare amongst the teenagers.  A striking difference between the two corpora was that the adults used a more varied set of general extender forms than the teenagers, including and so on, or so and or whatever. These other forms were all relatively infrequent in teenage speech.

Martínez then focussed on three of the frequent forms (and stuff, and everything and and things (like that) and examined how their use had developed over time. He used corpus data from two different time periods: 1958-1977 and 1990-1993. All three of the general extender forms had increased in use in the more recent period, especially and stuff, which did not occur at all in the recordings made in the 1960s.

These phrases are termed ‘general extenders’ because they often indicate that the previous word is part of a set that the addressee and the speaker both know about, so they extend the meaning of that word without the speaker having to specify all the members of the set. So shall we go out tonight or something suggests that the speaker assumes the person they are talking to will know what other similar kinds of things they might like to do that evening – perhaps stay in and watch TV, or invite a friend round.  Martínez found that both adults and teenagers used general extenders not only in this way but also to separate out one stretch of speech from another. For example they were used at the end of reported speech, as in my mum was saying “sometimes you’re too pissed to stop and you just carry on and stuff”. They also created rapport between the speakers, sometimes at the same time as separating out stretches of speech: in the example above, for example, the speaker’s friend responded with yeah, showing that they understood and sympathised.

Martínez points out that researchers have taken for granted the idea that general extenders are typical of face-to-face interaction but that this assumption has never been put to the test. He therefore looked for general extenders in both the written and spoken sections of the ICE-GB Corpus (the International Corpus of English for Great Britain).  Only or so occurred with a similar frequency in the spoken and written sections, in each case only 4 times in every 100,000 words. Overall general extenders occurred almost one hundred times more often in spoken English than in written English.

Martínez, Ignacio M. Palacios (2011). “I might, I might go I mean it depends on money things and stuff”. A preliminary analysis of general extenders in British teenagers’ discourse. Journal of Pragmatics 43: 2452-2470.

This summary was written by Jenny Cheshire
Posted by Sue at 12:30