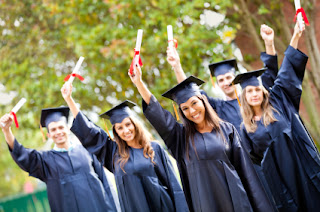 Do you say life changin’ or life changing? The chances are that you say both, perhaps without realising it. English speakers all around the world vary their pronunciation of (ing) in words like changing, and as far as we know they always have done. Researchers have found, though, that younger speakers generally pronounce (ing) more often as –in than adults do. Then, as they grow older, they begin to use more –ing. In old age people seem to go back to saying –in more often.


In a study of 13 American girls from Philadelphia, Suzanne Evans Wagner looked at how their speech altered over the course of what is a highly significant transitional period – the change from high school to university or college.  For young people this can be a time of social and developmental upheaval: at school they spend much of their day with the same groups of friends, but once they leave school the groups split up, as friends go off to different colleges or workplaces. Wagner argues that this could represent a point in time where young people start to take a turn towards using –ing pronunciations more often, as they have to establish their identity in relation to new acquaintances and become more aware of sociolinguistic variation.

The girls who took part in this study were interviewed in 2005, when they were at high school, and again in 2006 after they had started at university or college. Only verbs were analysed (not nouns, then, such as ceiling).  The social factors that Wagner identified as likely to influence variation were socio-economic status, ethnicity (the area was populated by people with Irish or Italian backgrounds), post-high school transition and style of speaking (e.g. casual or careful).

The results from both sets of recordings showed that, in line with other (ing) studies, casual speech styles prompted more –in pronunciations (81% in total) compared to careful styles (58%).  However, even though the results from the earlier recordings showed all the social factors (with the exception of social class) to affect variation to roughly the same extent, this was not the case in the later recordings.  In the later recordings, post-high school transition was calculated as having the most significant influence on the variation.  Those girls who went to more nationally-orientated institutions after high school (research universities or highly selective liberal arts colleges) reduced their use of–in more than girls who went to more local institutions.  Indeed, where the girls went after high school was found to have a stronger influence on their pronunciation of (ing) than their social class, showing, Wagner suggests, that at this life stage where you are going can have more influence on your speech than where you come from (at least for features like (ing) that have always been variable and so are not involved in language change).

In addition to this, the girls’ ethnicity was found to correlate with the variants they used. Using –in was treated as a feature of Irish identity within the high school and the girls who had the strongest links to that identity (through where they lived, worked, and socialised) showed the highest levels of –in pronunciation.  In addition, those speakers who had the least change from –in to –ing the year after high school graduation were those girls with the strong Irish ties.

Taking the data as a whole, Evans Wagner concludes that young people did indeed begin to use more –ing pronunciations as they approached adulthood, but that even so a minority did not. To understand why, it was important to examine the social meanings of the variation in the local community.

One of the questions that future research might investigate, she suggests, is whether the individuals who make big changes to their linguistic behaviour between school and university do so over the rest of their adult life span.