Can you pass the salt? 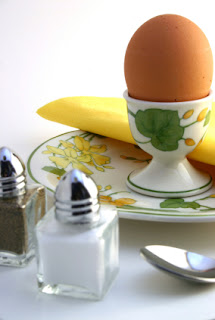 This study takes a look at how people respond to requests

We can use requests to achieve many different things.  For example, we may want to ask permission to do something (e.g May I get a glass of water?) or to ask for assistance (e.g. Can you help lift this for me?).  How do we respond to requests, though? We can either accept and take action to fulfil the request, or we can decline.

By analysing peoples’ responses, Mirka Rauniomaa and Tiina Keisanen looked at how people use both linguistic and physical actions to fulfil various requests. The data that they used consisted of 16 hours of face-to-face and in-car interactions, and a total of 69 requests were identified.  Of these, 56 received a favourable response (i.e. the request was accepted by the person being addressed).  The linguistic construction of these requests was mostly either interrogative (e.g. Can you pass the salt?) or imperative (e.g. Tell us a story), showing that these are the preferred linguistic structures for asking someone to do something.  In addition, favourable responses were shown to prompt differing levels of commitment.

The response okay in 1a is judged as showing less commitment to the request compared with the responses in 1b and 1c.  As a result, it’s suggested that responses are made on a scale of commitment and that the more elaborate the response structure, the more committed the responder is.

The main focus of the data analysis highlighted how responses to requests can take two different formats: (1) fulfilment only or  (2) acceptance + fulfilment.  Fulfilment-only responses involved the physical completion of the request only.  An example would be if A asks B for the salt and B simply passes it to A without saying anything or using any body movement to acknowledge A’s request.  However, an example of acceptance plus fulfilment would be if B says something like sure and also passes the salt.  Rauniomaa and Keisanen observed that the acceptance aspect of the response doesn’t need to be a vocal acceptance like okay, sure or yeah. Instead, it can be a bodily gesture such as nodding or giving the thumbs up.  They also highlight how acceptance plus fulfilment responses may serve to buy the responder time so that they may complete the request once they have finished an ongoing action (for example, if you were asked to pass the salt but were holding a dinner plate at the time, you might respond Okay, just a sec before putting down the plate and picking up the salt).
Therefore, Rauniomaa and Keisanen noted that responses also work on different time scales – they may be immediate, delayed while another act is completed or even postponed to a time in the future (e.g. Okay, I’ll do it next time I’m in town).

In conclusion, Rauniomaa and Keisanen noted that embodiment (that is the physical act of doing what is requested) is closely linked to the structure of request sequences – how much effort or imposition will be involved in the request’s completion will affect how the request is framed.  Also, the capability of the responder to react immediately or sometime in the future will depend on what type of response is produced, both verbally and non-verbally.