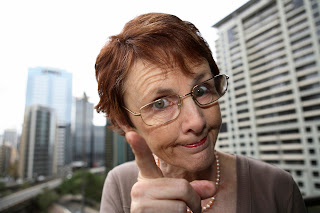 We’re probably all used to hearing alveolar or dental clicks, when the tip of the tongue briefly meets the ridge just behind the top teeth. Usually this sound is thought to express irritation or disapproval, or sometimes sympathy. We may also be familiar with an ‘air kiss’ or what phoneticians term a bilabial click – when someone makes a clicking sound by bringing their lips together for a moment.  As Melissa Wright points out, though, the idea that clicks express emotions is based on anecdote and intuition rather than on analyses of naturally-occurring talk. She performed the first systematic study of clicks in everyday English talk-in-interaction, finding, for the first time, a relationship between clicks and the way that we organize talk in spoken English.

In fact, Wright found recurrent patterns in the way that all twenty speakers used clicks. All the clicks occurred between the end of one conversational sequence and the beginning of another. There is an example in the box, where lines 1-5 show the final part of a longer sequence where Norman was telling Lesley about his use of a dialysis machine. He closes down this sequence with an assessment, in line 6, which Lesley accepts, in line 7. She then offers a final closing token, hm, in line 9, followed by a bilabial click (the ‘air kiss’ sound, represented here by the ☉ symbol).  After the click she begins a new sequence (lines 9-12) about an arrangement between Norman and her son, Gordon.

All 81 clicks functioned alongside other phonetic factors that typically occur between sequences of talk. One such factor is a change in pitch: speakers produced the section of speech before the click with a low pitch typical of closing sequences of talk, and they then uttered the section of talk after the click with a higher pitch. After the clicks, the new sequences were often marked with words such as anyway, right or, as in Lesley’s case, okay well, all of which can demonstrate that the following talk will be a shift from what came before. The interlocutors showed that the click-initiated shifts in sequence were appropriately placed, as they consistently treated them as unproblematic in the interaction: thus in our example Norman’s right you are in his immediately subsequent turn, in line 13, indicates his acceptance of the topic shift.