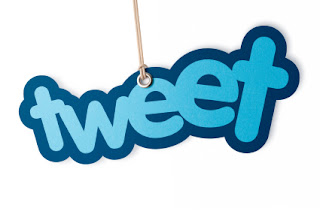 Founded in 2006, Twitter is the online social networking service that allows its users to communicate via text-based messages of up to 140 characters, known as ‘tweets’. Communication in Twitter is fast-paced and it can be difficult to keep track of the talk that emerges, so a convention has arisen among Twitter users whereby a hashtag (#) can be used as a prefix to make the term searchable and then others can search for tweets that have that same topic. So, for instance, a search of #LFW this week in Twitter should produce a list of tweets relating to London Fashion Week. Anyone can start off a term with a hashtag and if it catches on and is used with sufficient frequency it can become what is known as a ‘trending topic’. To get an item into the list of trending topics is, according to researcher Ruth Page, a ‘signal of status and influence’.

Page’s study investigates the way that Twitter members use hashtags as a way of gaining increased attention in order to self-promote, relating this to the notion of ‘self-branding and micro-celebrity’ (the idea of promoting one’s self in order to gain status or fame in the offline world).  She collected over 90,000 tweets from 100 publically available Twitter accounts. Of those accounts, 40 were corporations (e.g. British Airways, Marks and Spencer), 30 were ‘celebrities’ (people who regularly appear in mainstream media channels, e.g. Arnold Schwarzenegger, Britney Spears) and 30 were ‘ordinary’ individual Twitter members. Page was interested to find out the frequency with which each of these types of members used hashtags and whether the tweet in which the hashtag appeared was a ‘one-to-many’ update, a public message directed to another member or a retweet (the act of forwarding a message posted by another to all members of a follower list).

The results showed that, overall, all three user groups favoured the one-to-many updates rather than posting individually addressed public messages. Retweeting was the least frequent tweet type for all three groups. Furthermore, hashtags were also more frequently used in updates rather than in addressed messages. This was particularly strong for the corporate accounts where hashtags appeared 10 times more in updates than in addressed messages. Page’s analysis of the 12 most frequently occurring hashtagged terms for each group seems to indicate that some corporations prefix their own name with a hashtag in a lot of their updates.

Page further analyzed the hashtags in updates according to whether the tag was representing a topic or expressing an evaluative sentiment and she found that hashtags are primarily used to make the topic of a tweet visible rather than to emphasize stance. When topics were examined more closely, Page found that only one tag, #FF (an abbreviation for ‘Follow Friday’), was used by all three participant groups. Follow Friday is a weekly practice whereby members promote other members, a practice which potentially increases the visibility and growth of the recommended member’s follower list. Recommending another user can of course also help to promote a user’s own network of contacts.

This summary was written by Sue Fox
Posted by Sue at 10:41