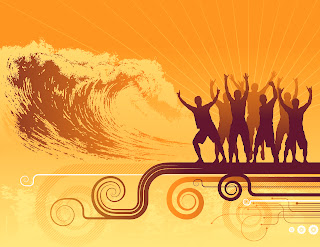 What does 'California' mean to you?

If you have a regional accent, you may think the way you speak lets people know where you come from. Recent research, though, suggests that regional accents can evoke a range of meanings much richer than this, and that these meanings have their roots in stereotypical local characters or cultural values.

Robert J Podesva notes that speaking with a recognizably Californian accent can evoke personality traits like being “laid back”, “carefree” and “fun”, through an association with valley girls, surfers and similar young, fun-loving stereotypical characters in California. These social meanings can then be recruited to construct a range of locally significant identities. In the example Podesva gives, a self-identified gay Asian American man, ‘Regan’, uses Californian vowel pronunciations together with a voice quality and intonation typical of gay men to construct a specific gay party-going identity.

Regan recorded his own speech in three different situations. He made the first recording during a weekly ‘Boys’ Night Out’ ritual, when he and his friends meet up for dinner, drinks and dancing. He made the second recording during dinner with a close friend. The third recording was made at work: Regan was about to go on holiday and was talking to his supervisor about the tasks that would need to be done in his absence.

The shifted vowel pronunciations coincided with Regan’s use of a falsetto pronunciation. He used this voice quality very often during the boys’ night out, less often with his friend, and only once with his supervisor. His use of high pitch at the end of a statement followed the same pattern across the three situations; in fact, in the boys’ night out setting his pitch was on average nearly five times higher than that of the typical adult heterosexual man. Podesva notes that the boys’ night out group sees Regan as their most fun member. During the recording made on one of the nights out he talks a lot about the clubs, gay circuit parties and tea dances he goes to, and the alcohol he drinks at these events. Some of his most extreme pronunciations were on words typical of a party-goer, such as tequila bar and fun. His use of falsetto expressed surprise and excitement, and emphasised his feelings about what he was saying. Podesva concludes that Regan’s use of the Californian vowels contributes to the construction of a party-going persona and, together with the falsetto voice, high pitch, and what he talks about, the persona is that of a specifically gay party-goer.

Podesva stresses that he is not suggesting that the vowels that are part of the California Vowel Shift are directly linked to the construction of a gay identity. Regan’s shifted vowels do not directly index Californian stereotypes, but the social meanings that reside in them. These are compatible with Regan’s party-going gay persona and this explains why they are well represented in his speech during the Boys’ Night out.

Other researchers have found that the same vowel pronunciations can be linked to other types of identities: for example, to gang status amongst Latino speakers in western Los Angeles, or to the display of a teenage identity by a preadolescent girl. Podesva therefore suggests that the range of social meanings attached to a specific language feature can be thought of as constellations of related meanings, any one of which can be activated when speakers use that feature.  Considering the similarities between constructing heterosexuality and constructing gay identity, he says, is an important step in understanding how language variation can be used in the construction of sexuality.
_________________________________________________________